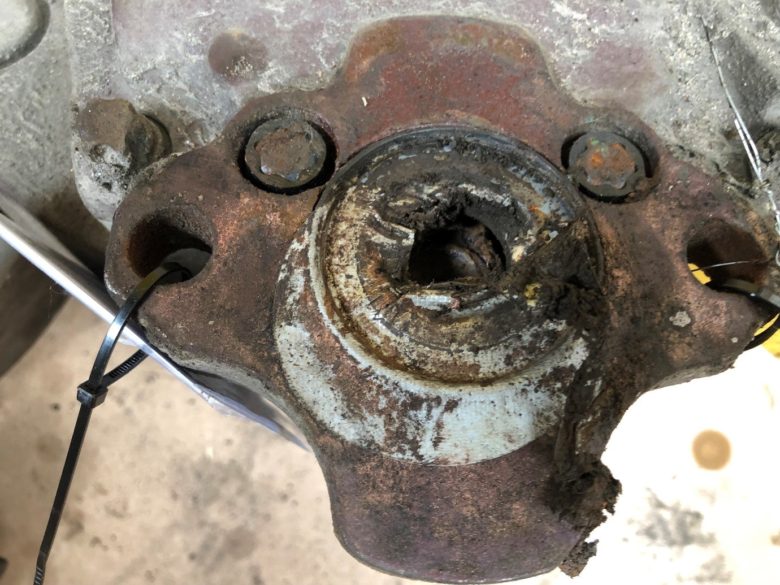 Wet winter weather conditions place the spotlight on the need to ensure key vehicle systems are properly maintained to safeguard their intended service life.  Disc brake assemblies, which consist of the brake disc (rotor), brake pads and caliper, are especially vulnerable to premature failure due to water ingress.  All modern buses are equipped with compressed air powered disc braking systems, with Knorr-Bremse, Wabco and Meritor being the most prevalent OE manufacturers.

As an OEM parts supplier serving PSV operators, Imperial Engineering has seen an increase in demand for replacement disc brake components, despite the fact that parts such as OE calipers are designed to last the typical 15-year lifetime of a vehicle providing they are properly inspected and maintained.  Concerned that this is causing customers unnecessary and unplanned expense,

Imperial Engineering has investigated early caliper failure in detail and has found four specific caliper-related faults that can be rectified upon inspection to ensure they deliver their intended service life:

Poor seal between caliper and actuator

This typically occurs after changing a spring brake when the unit has not been correctly refitted, preventing a seal to be formed.  Water ingress then takes place, causing corrosion leading to seizure of the caliper.

Sealing caps, also known as ‘witches’ hats’ or adjuster caps, are intended to provide a seal for the caliper to prevent water ingress during service, or when a vehicle is being power washed.  As well as causing water-related damage, missing sealing caps will also result in MOT failure.

Dirt and water ingress due to damaged or missing seals can also cause the caliper’s bearings to seize, resulting in component failure.

Often caused by heat damage or road debris, tears and splits in a caliper’s protective ‘boot’ can be easily overlooked.  Over time, a damaged caliper boot will lead to dirt build-up and water ingress in the disc brake’s internal mechanism causing premature failure.  Fitting a replacement boot, which costs around £50, is an effective solution to this problem.

All these issues can be easily overcome by providing technicians with training on the correct methods of disc brake system inspection and maintenance.  Imperial Engineering has a wealth of disc brake system knowledge and is pleased to support operators with technical advice and guidance.