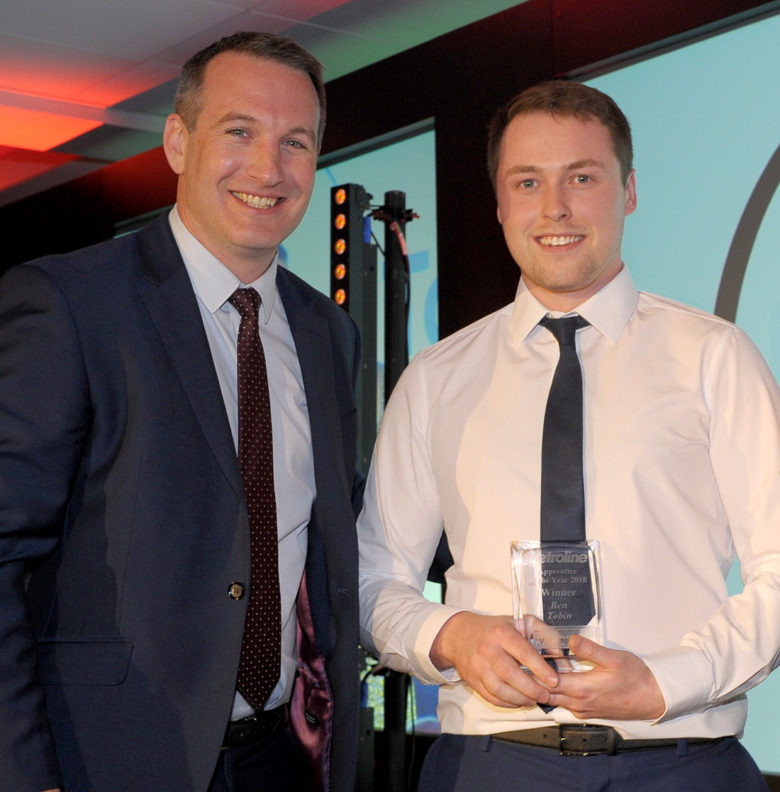 Imperial Engineering was pleased to support the achievements of PSV engineering apprentices at the recent Metroline Service Awards.  Held at the Hilton London Wembley, the awards recognise the service and excellence of Metroline employees, as well as their dedication to the organisation.

Imperial Engineering sponsored the Apprentice of the Year Award for the sixth consecutive year, which was presented by John Dwight, Imperial’s Sales Director, to 2018 winner, Ben Tobin.

The leading parts distributor actively supports apprentices through several measures. These include hosting apprentices at its Cheshunt headquarters and the provision of training on areas such as braking systems via Imperial Engineering’s OEM partners, which include Knorr-Bremse and Wabco.

John Dwight commented: “Imperial Engineering is delighted to lend its continuing support to the Metroline Apprentice of the Year Award, as we acknowledge the value and importance of PSV apprentices.  They are tomorrow’s engineering technicians and leaders that play a key role in keeping public service vehicles on the road in an environment where safety is paramount.”