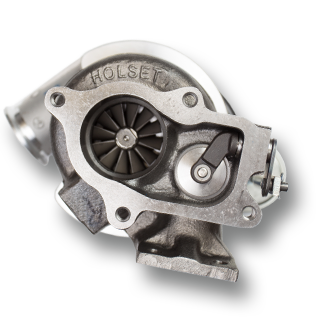 Turbocharging technology has become universal in the powertrains of diesel buses operating across the UK.  Although turbochargers are designed to last the typical 15-year service life of a vehicle, these sophisticated components are precisely engineered to very high tolerances, so a range of external factors can cause damage, resulting in premature failure and vehicle breakdown.

When it comes to troubleshooting a defective turbocharger, it’s important to remember that it is often the consequence of another primary engine defect within the powertrain.  For example, foreign object damage or ‘FOD’ can destroy a turbo instantly.  Foreign objects, such as fragments of metal from other engine components, or other debris can be ingested into the compressor or turbine inlet, causing it to collide with the compressor wheel that spins at over 100,000 rpm.  As a result, even the smallest particle hitting the compressor wheel can unbalance the turbocharger, causing it to fail.

Effective engine lubrication is also critical to the operation of a turbocharger, so a lack of oil or use of the incorrect specification lubricant can produce contaminants in the engine, that can lead to component failure.  Oil contamination, due to problems such as defective piston ring sealing or worn cylinder linings, alongside carbon deposits from incomplete combustion due to incorrectly adjusted fuel injection, can build up in the turbo‘s centre housing. Over time, this can cause insufficient power and low boost pressure, as well as black or blue exhaust smoke.

Contamination can also be sent ‘upstream’ into the turbo due to exhaust system problems such as a blocked or restricted diesel particulate filter (DPF).  Turbochargers are designed to handle exhaust gas temperatures of around 800°C, so excess exhaust gas temperature beyond this point can cause the turbine shaft to melt and in some instances, result in the detachment of the turbine wheels away from the shaft.  With this in mind, Imperial always recommends checking the vehicle’s DPF and if necessary, getting it decontaminated at the same time as a turbocharger replacement.

Damage to a turbo from ‘over-speeding’ can also occur when the component rotates at a greater speed than operational limits and beyond its safe parameters.  This leads to failure of the turbine or compressor wheels and bearings.  Leaks, cracks or damaged seals between the compressor and the engine can also harm a turbocharger, making it run beyond intended limits needed to deliver boost pressure.

As a specialist parts supplier that’s dedicated to the PSV sector, Imperial Engineering has a wealth of turbocharger product and technical expertise.  We are pleased to support operators with advice and guidance when it comes to sourcing the most appropriate brand-new OEM or genuine OEM remanufactured turbochargers from manufacturers including Holset, BorgWarner and Garrett.