The importance of regular ‘e-compressor’ maintenance 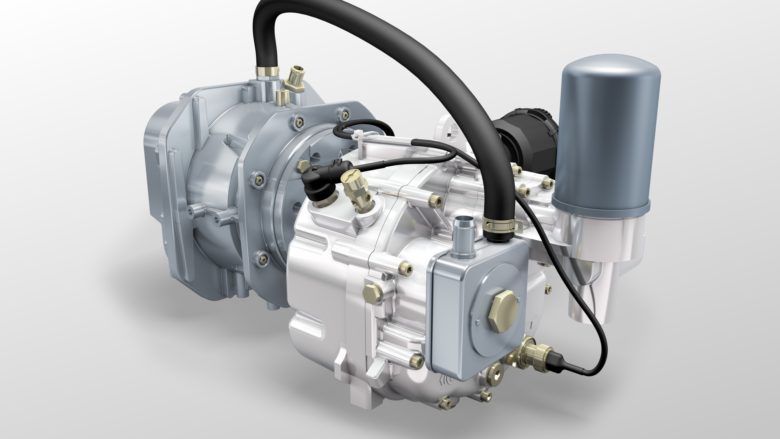 Hybrid and electric buses from a range of manufacturers including BYD ADL, Caetano, Optare, Volvo, Yutong and Wrightbus, have become commonplace on urban services where there are stringent environmental controls. These are set to expand further, an example being Transport for London’s Ultra Low Emission Zone, which is planned to cover the whole of Greater London by the end of 2023. A number of city centres across the UK are also rolling out their own air quality initiatives, to encourage the uptake of zero-emission public transport.

Although virtually identical on the outside to a conventional diesel bus, on the inside, hybrid and electric buses are fundamentally different when it comes to producing the compressed air that provides the energy source for the air brakes, pneumatic suspension and door system.  While diesel buses use engine-driven air compressors, hybrids and EVs are fitted with separate electrically-driven screw or vane compressors.  Known as ‘e-compressors’, these systems comprise of a compressor, electric drive motor and inverter.  Various OEMs supply bus manufacturers with e-compressors, including Gardner Denver Hydrovane, Knorr-Bremse and Mattei.

Unlike diesel-driven compressors that are lubricated and cooled by the engine’s oil circuit, e-compressors feature a standalone lubrication system.  Also, unlike conventional compressors which are supplied with clean air from the engine air filter, e-compressors take in the ambient air via a built-in air filter.  These systems require regular oil and filter changes in line with the compressor manufacturer’s recommendations and a vehicle’s duty cycle to protect the service life of the system.  Conventional compressors, costing around £500, require minimal maintenance and are designed to provide an average service life of five years.  In comparison, e-compressors can cost up to ten times more to replace.

Leading PSV parts distributor, Imperial Engineering, has seen an increase in demand for replacement e-compressors, despite the fact that they are intended to last the typical 15-year lifetime of a bus, providing they are properly maintained.  Concerned that this is causing customers unnecessary expense at a time when budgets are under immense pressure, Imperial Engineering has investigated premature e-compressor failure and found that major contributors include excessive oil carry-over, resulting in oil leaks, as well as dirt ingress into the compressor’s drive motor, causing bearing damage that leads to the compressor running too hot and ultimately failing.

To mitigate this issue, Imperial Engineering recommends that operators inspect and service e-compressors in accordance with OEM recommendations, taking into account the duty cycle of the vehicle.  By ensuring the optimum maintenance frequency, including regular oil and filter changes, operators can increase service life, as well as reduce the overall operating cost of the hybrid or electric bus.

With this in mind, Imperial Engineering has introduced a range of upgrades and replacement assemblies for OEM e-compressors, alongside service kits that make the servicing of e-compressors easier and more cost-effective.  The distributor also offers synthetic Volvo B5 Hybrid Compressor Oil, which is available in one litre containers.

Imperial Engineering has a wealth of compressor system knowledge and is pleased to support operators with technical advice and guidance.  For further information, please contact us.