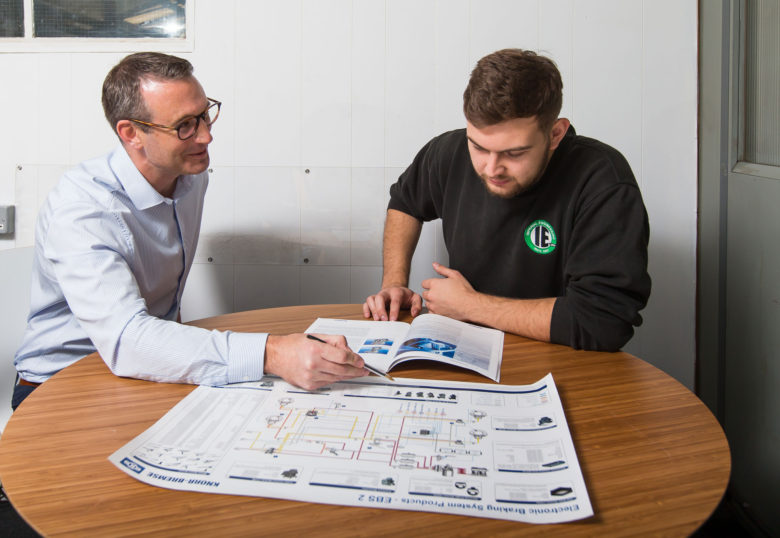 For many years, PSV parts specialist supplier, Imperial Engineering, has championed the need for apprenticeships, to ensure that the bus and coach sector has the skilled engineers and technicians it needs to service and maintain the next generation of PSVs.

Whilst successive governments have made commitments to increase investment in apprenticeships, its own most recent statistics reveal that, far from providing more opportunities for vocational training, the number of young people starting an apprenticeship has gone into reverse.

The contention of UK industry is that the introduction of the Apprenticeship Levy in 2017 has triggered a significant decline in apprenticeships across all sectors. The most recent government figures, available up to July 2018, show there were 290,500 apprenticeship starts in the first three quarters of the 2017-18 academic year, compared with 440,300 in 2016-17. That’s a drop of more than one third year-on-year, which has prompted the government to drop its target of three million apprenticeship starts by 2020.

Currently, the Apprenticeship Levy requires all public and private employers with a wage bill of more than £3million to contribute 0.5% of this cost into a central fund, which is ring-fenced for the provision of funding up to three million places for apprentices, now deemed to be unachievable in the next 18 months. Smaller businesses, such as bus and coach parts supplier Imperial Engineering and many of its customers, that are exempt from paying the levy, must contribute 10% of the cost of training an apprentice with the government footing the bill for the remaining 90%.

Acknowledging the concerns raised by the business community, Chancellor Philip Hammond announced some reforms to the levy at the 2018 Conservative party conference. The government will allocate an additional £90million in apprenticeship levy funding allowing employers to transfer up to 25% of their annual training fund to other businesses in their supply chain, from April next year, an increase of 15%. It’s hoped this added flexibility will enable companies to support training in smaller companies which are unable to fund apprenticeships. An extra £5 million was also pledged to help the Institute of Apprenticeships offer more training options. Longer term, the government also plans to consider how the levy will operate after 2020.

The Chancellor said: “We have heard the concerns about how the Apprenticeship Levy is working, so we’ve set out a series of measures to allow firms more flexibility in how the levy is spent. We know that we may need to do more to ensure that the levy supports the development of the skilled workforce our economy needs, so will engage with business on our plans for the long-term operation of the levy.”

Despite welcoming this reform, the Confederation of British Industry (CBI) claimed that the levy was still a ‘heavy part of the cumulative burden weighing on firms’ and called for more far-reaching reforms, which include making it easier for small businesses to access training funds by reducing the cap for SMEs from 10% to 5%.

Offering a different perspective, Dr Simon Hayward, CEO at a leadership development business, said the term “apprenticeship levy” was misleading as the levy funds can be used to train a variety of employees, not just those starting their career. “Neither is it merely a ‘levy’ as it contributes to your organisation’s very own government-subsidised learning and development fund,” he said.

“It remains a priority for the bus and coach industry to present itself as an attractive career opportunity not least because we are seeing a resurgence in the concept of transport as a service. Advances in technology mean that the multi-skilled engineer will be in great demand in the years ahead and already, bus companies want engineers to possess a combination of skills. With the amount of electronics on vehicles advancing rapidly, individuals who are technically competent in diagnostics and programming components will be in high demand. In our view, such skills will become a major currency so the government must do its utmost to create the training programmes which businesses need, as well as reducing bureaucracy to improve take-up. Existing barriers to entry must be examined thoroughly and steps taken to get more apprentices into the system.”