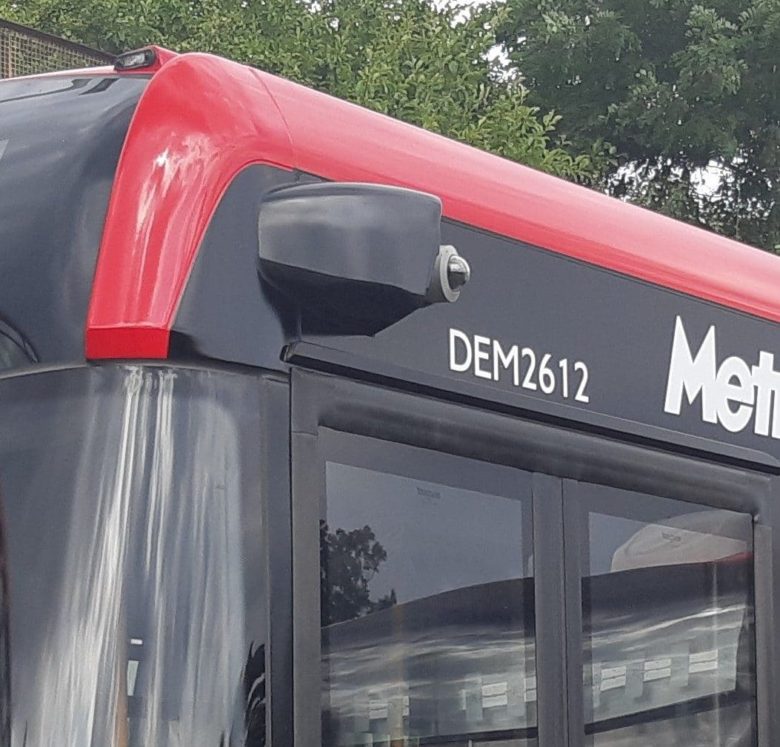 Camera technology has replaced wing mirrors on a London bus for the first time, thanks to the introduction of a new system on one of Metroline’s newest vehicles.

Developed by 21st Century, the SmartVision Camera Monitoring System (CMS) was recently added to a Transport for London (TfL) Metroline ADL. The cameras, which have heated lenses, are designed to remove blind spots and glare, whilst providing improved vision at night and when operating in wet conditions. Their smaller size also improves fuel efficiency and reduces the risk of collision with other road users.

“Removal of exterior mirrors has been an aspiration of Metroline for several years,” said Ian Foster, Group Engineering Director of Metroline’s parent company, Comfort DelGro. “The system has exceeded our expectations and while it is only approved on new build vehicles at this time, I fully expect retrofit versions to be added in the near future.”

CEO of 21st Century, Russ Singleton, commented: “By 2021, CMS will be compulsory on all TfL vehicles, but operators like Metroline are taking steps now to make vehicles safer for passengers, the public and drivers alike.”

The introduction of CMS follows another ‘first’ for Metroline last month with the launch of its new all-electric, zero emissions buses in the capital, coinciding with the start of the inaugural London Climate Action Week. This is a new initiative launched by the Mayor of London that aims to encourage low emission transport and clean energy, in addition to inspiring community action and business leadership on climate issues.

By the end of this summer, two routes operated by Metroline, one of Imperial Engineering’s major long-standing customers, will become London’s first fully electric, zero-emission double deck services. The conversion of these routes, which carry around 18.5 million people across the city annually, will help the ongoing process of improving London’s air quality. Feedback from Metroline customers indicates that they were impressed by the environmental credentials of the bus and commented positively on the smooth and noiseless maiden journey.

With a daily mileage range in excess of 200 miles, the buses are only recharged at night when local demand for electricity is at its lowest. With the UK drawing 33% of its power from renewable sources, the buses’ environmentally friendly performance will continue to become more sustainable.

Metroline has led the way for the adoption of industry leading technologies including electric buses in the capital, having been chosen to pilot 5 prototype BYD electric buses and subsequently investing in the UK’s largest order of electric buses from BYD. Metroline’s experience with BYD buses meant that they were perfectly placed to assist in the development of the new bus.

“The electrification of inner city buses makes environmental and economic sense as lower range and access to charging infrastructure enables a viable business model for urban operators. We applaud Metroline in launching the first all-electric route in London, which has been welcomed by customers, as well as trialling the new CMS. As a market leader in the supply of brand new parts to the bus and coach sector, Imperial Engineering is fully focused on adapting to new technologies and ensuring that our business continues to supply operators with the highest quality components.”