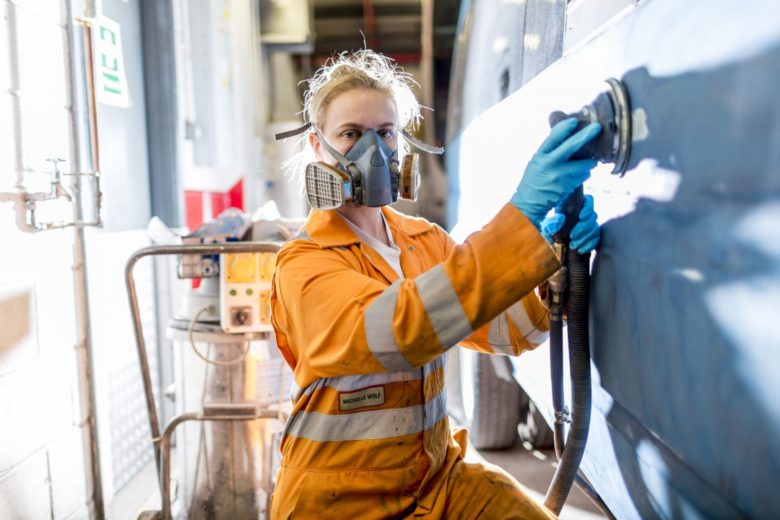 One of Imperial Engineering’s major customers, First Bus, is championing its female engineers as it calls for more women to consider engineering as a career.

Coinciding with International Women in Engineering Day on 23 June, First Bus conducted a survey which found that a quarter of women have actively avoided what they perceive as ‘men only’ careers. The company says that the UK has the lowest percentage of female engineers in Europe with only 11% of engineering roles in the UK held by women.

“In 2014 I joined First Bus as a driver and progressed to become a supervisor. I then saw the opportunity to apply for the engineering apprenticeship and was offered a place to join the scheme in 2018. I would love to progress my career as an engineer and I have a great role model in the business. Last year I was lucky enough to win the IRTE Skills Challenge, which was a huge achievement.”

Fellow engineering apprentice Kelly Fielon commented: “The guys I work with are all a bit older than me, but they’ve never shown any issue with me being part of the team. If you show willing and want to learn, then they’ll teach you. My manager is a huge inspiration and he’s keen to encourage more women to join engineering and make it the norm. I plan to work my way up the ladder to be an Engineering Manager, if not higher.”

For over 50 years, Imperial Engineering has been an advocate of skilled engineers within the PSV sector but recognises that women have traditionally not considered it as a dynamic, rewarding career option. In its role as a leading distributor of OE bus and coach parts to hundreds of fleets across the UK, Imperial became a sponsor of the IRTE Skills Challenge in 2019, in order to highlight the importance of engineering training to the bus and coach industry.

“It’s crucial to the successful future of our industry that we’re seen as an attractive career opportunity for the engineers and technicians of tomorrow, as the advances in technology mean that the multi-skilled engineer will be in great demand. The IRTE Skills Challenge is the foremost opportunity to demonstrate mechanical and electrical excellence and promote diagnostic skills, which is why Imperial Engineering was proud to become closely associated with this competition. Like First Bus, we would welcome many more women engineers with an interest in automotive to consider the PSV industry.”