Staffing the road to recovery in 2022 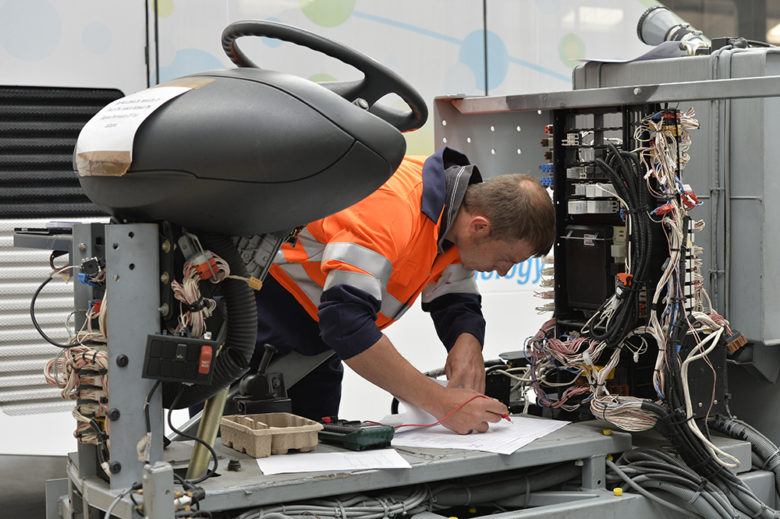 In almost every sector of industry in the UK, the trade media is reporting issues with companies being able to recruit staff. Some sectors have even hit the national headlines, most notably the shortage in HGV drivers, which contributed to the recent fuel supply crisis at forecourts around the country.

The Confederation of British Industry’s recently published Employment Trends Survey 2021 showed that 76% of businesses thought that access to skills was threatening UK competitiveness. The survey found that while half the CBI’s membership expected to grow their workforces next year, finding the talent needed remained a major concern.

Within the bus and coach industry, attracting high calibre engineers has been an issue for operators for many years, as statistics have shown that the popularity of apprenticeships has waned as a desirable pathway into work for young people.

In a bid to tackle this recruitment challenge, the industry has tried a number of different tactics to showcase the sector as offering a dynamic career opportunity. One example is First Bus, a major customer of Imperial Engineering, which is championing its female engineers in a bid to attract more women to consider engineering as a career. First Bus conducted its own survey which found that a quarter of women have actively avoided what they perceive as ‘men only’ careers. The company says that the UK has the lowest percentage of female engineers in Europe with only 11% of engineering roles in the UK held by women.

For over 50 years, Imperial Engineering has been an advocate of skilled engineers within the PSV sector but recognises that women have traditionally not considered it as a dynamic, rewarding career option. In its role as a leading distributor of OE bus and coach parts to hundreds of fleets across the UK, Imperial has been a proud sponsor of the IRTE Skills Challenge since 2019, in order to highlight the importance of engineering training to the bus and coach industry.

“It’s crucial to the successful future of our industry that we’re seen as an attractive career opportunity for the engineers and technicians of tomorrow, as advances in technology mean that the multi-skilled engineer is in demand. The IRTE Skills Challenge is the foremost opportunity to demonstrate mechanical and electrical excellence and promote diagnostic skills, which is why Imperial Engineering has become closely associated with this competition. Like First Bus, we would welcome more women engineers with an interest in automotive to consider the PSV industry.”

It’s not just engineers that are in short supply, however. According to the Confederation of Passenger Transport, the bus sector is currently facing a shortage of around 4,000 drivers nationwide.

In addition to asking the government to speed up provisional licence applications and free up test slots that had been suspended due to the pandemic, operators such as Transdev plan to introduce their own examiners to help overcome the backlog in testing, as well as continuing their campaigns to recruit more drivers.

The general difficulty in attracting and retaining PSV drivers has recently been highlighted again in some research carried out by the UK Coach Operators Association (UKCOA). This identified that there appears to be no universal, industry-wide driver shortage for coaches but rather pockets of regions where operators are struggling to recruit.

One particular operator surveyed made the point that a driver of a coach or bus doesn’t simply drive the vehicle. They are an ambassador for the company and are required to be highly customer-focused. The respondent said: “This is the main issue for our recruitment challenge. There are drivers available but we need more than just a single skill-set and this is often overlooked.”

When asked about the image of the coach industry, UKCOA members believe generally that the view is positive but that the sector should market itself better on “how good this job can be.”

There was some concern among respondents around the age of the current driver pool, whilst the importance of attracting younger staff (over the age of 21) was underlined by multiple UKCOA members. The existing older demographic brings its own problems, the survey showed. Some of those drivers now wish only to work part-time, while others are considering retirement. One operator says that it is losing older staff members and those that remain now want to work fewer days than before.

Unsurprisingly, remuneration was a common issue with some operators now paying up to £22 per hour, simply so that they can operate a full schedule. However, not all companies believe that pay is the only factor. Some suggest that it’s also about creating the right working conditions and culture within the organisation, so that staff feel valued.

One operator said that “high rates of pay are still no guarantee of driver calibre. Increasing wages might improve the level of applicants but some are simply not at a high enough standard. It might be a cliché but it’s a case of needing quality over quantity.”

Creating a workforce that reflects the makeup of respective communities served by operators was also considered to be crucial in determining the future success of the bus and coach industry. According to Imperial Engineering, employees who feel valued are more motivated and therefore likely to perform better. Investing in career progression is not only a productive force for staff, it can help managers ensure that the business is well equipped with the right structure, skills and people to meet an improving business climate.