Go-Ahead recognised for its reduction in carbon emissions 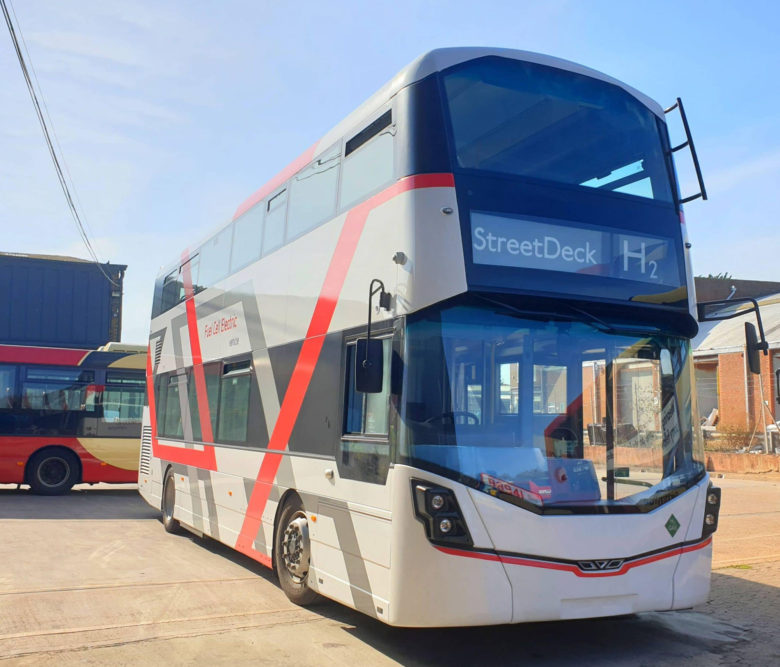 One of Imperial Engineering’s major customers for bus parts, The Go-Ahead Group, has been awarded an A-rating by the Carbon Disclosure Project for its work to reduce carbon emissions, as part of the company’s mission to achieve a zero-emission bus fleet by 2035.

Over the past five years, Go-Ahead has achieved a 22% absolute reduction in group-wide carbon emissions, making it the foremost UK transport operator to gain this global recognition. All Go-Ahead’s premises are powered by zero-carbon electricity from renewable sources and its Northumberland Park garage in London is now Europe’s largest point for charging battery-electric buses.

The company expects it to become a ‘virtual power station’ by feeding energy back into the grid.

Having trialled new air filtering technology on some of its fleet in the South of England during 2020, to reduce PSV pollutants in towns and cities, Go-Ahead is also in discussions regarding “what has the potential to be Europe’s biggest ever order for hydrogen fuel cell-electric buses”, according to a spokesperson.

If it comes to fruition, an order would be partly-funded by the Government, which has already committed £120m in grants towards the introduction of 4,000 zero-emission buses. While a project partner has not been disclosed, it is thought that Wrightbus, the only UK manufacturer to currently offer a hydrogen bus, is the most likely supplier.

If the deal is successfully completed, it will see up to 52 such vehicles delivered to its Metrobus subsidiary for use on routes in Crawley and serving Gatwick Airport. An order for 20 single-deckers was originally confirmed in 2019 thanks to a £4.36m award from the Ultra-Low Emission Bus Scheme and £2.9m from the European Union’s JIVE2 project. A spokesperson adds that Go-Ahead is now talking to project partners “to solidly establish funding models and timeframes that will meet everyone’s objectives, with the potential to introduce as many as 52 hydrogen fuel cell-electric buses in Sussex and Surrey.”

“The Covid-19 pandemic has put an incredible strain on the country, the economy and public transport but tackling climate change remains as important as ever. The bus will be vital to getting Britain back on its feet, to bringing down emissions and tackling air pollution, which many experts believe has contributed to the severity of the virus. Our investment in electric buses in the North East of England and wider work in decarbonising our fleet signals our commitment to working with the Government to deliver its pledge to decarbonise transport and clean up the air that we breathe.”

“As a major supplier of parts to Go-Ahead’s fleet, Imperial Engineering is very proud to see that its efforts to reduce emissions are getting recognised in this way. Despite the extremely challenging situation as a result of the pandemic, Go Ahead’s continuing commitment to be at the forefront of sustainable, green transport is to be commended. As a market leader in the supply of OE parts to the bus and coach sector, Imperial Engineering continues to extend its product range, so that we are able to meet the needs of operators like Go Ahead, which are bringing more ULEV and zero emission bus models into their fleets.”